This past Sunday, Rachel and I intended to go to church, but woke up late, forgetting that they'd switched to the morning service.  I sat, listening to a recorded dharma talk, staring out the window.  As I watched a bush outside my window, a flurry of gently drifting dandellion puffs, and a small bird, I realized how much there is to see in the supposedly mundane.  One of the things that makes humans wonderful is the ability to look at something and see more than the sum of its parts. 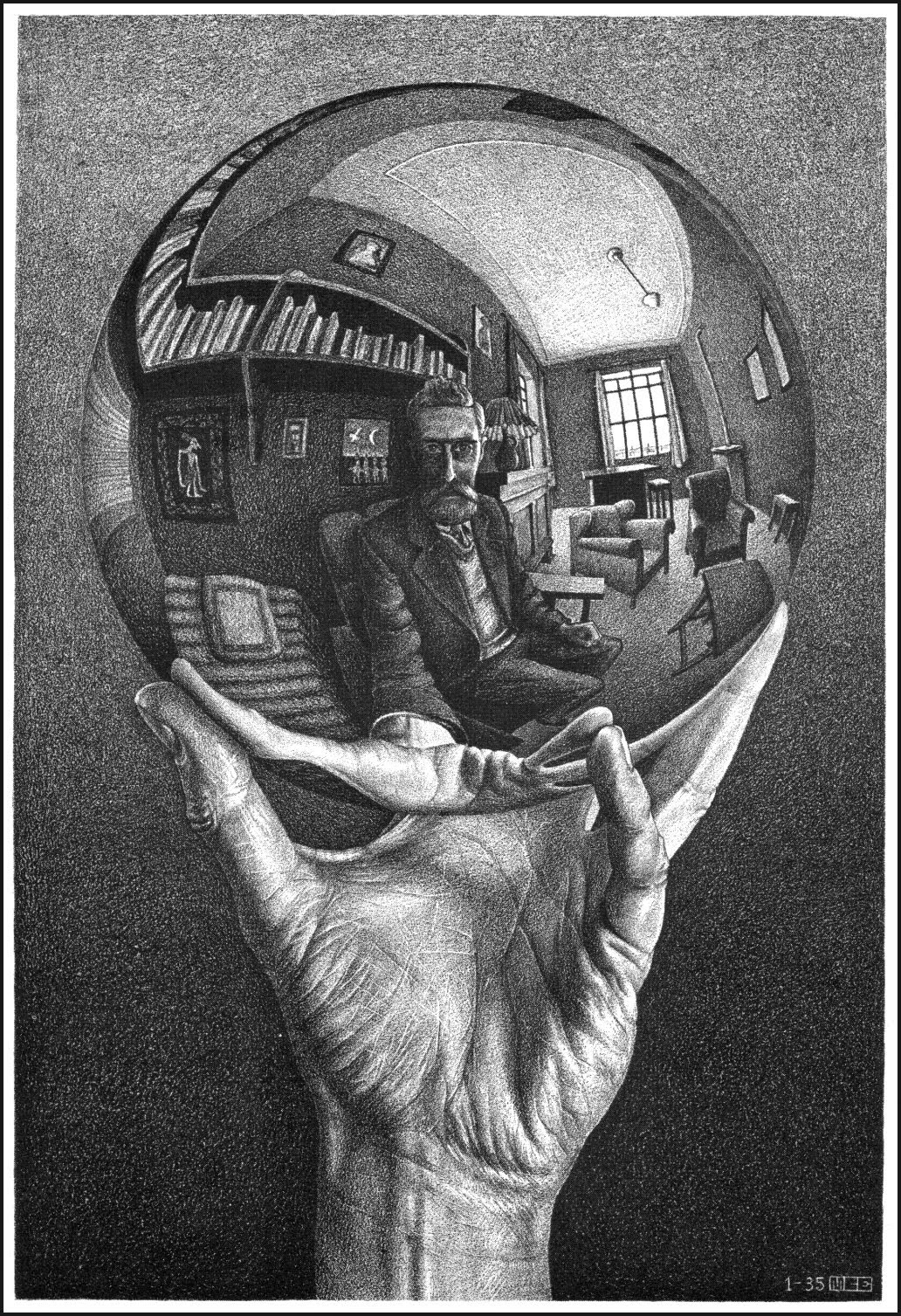 We all have an artist's eye.  It might be more pronounced or practiced in writers, painters, or other practicing artists, but I think it's there in all of us.  I was speaking to one of my students (keep in mind I work at a Science and Tech magnet school) about the universe.  As we discussed the theory of continuous expansion and contraction in the universe he compared space to a giant beating heart.  That type of abstract thought takes an artist's eye, a way of seeing the beauty in what's there. 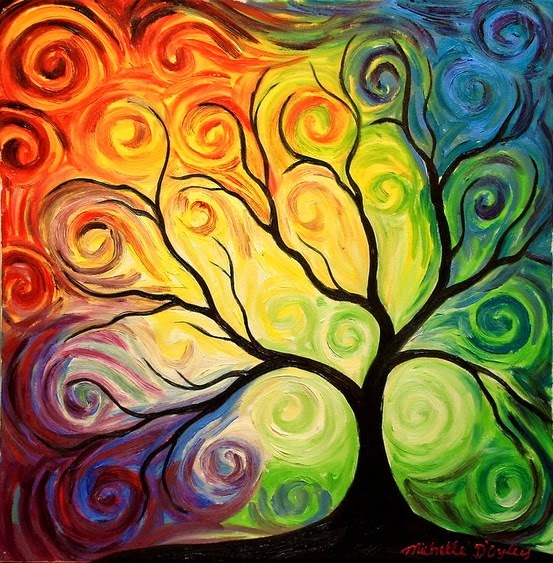 If your inspiration needs a jumpstart, try this exercise.  Go outside and look at a tree.  It doesn't have to be a particularly large or special tree, any tree will do.  Look at it through a window if you need to, sit under it if you can, and really look at the tree.  Notice the way its branches form an intricate maze.  Look at the patterns on the bark, the color of the leaves, the way the breeze blows through it.  Stare at the tree observing every detail for twenty minutes or so.  There's more there than fibers and cellulose and chlorophyl.  There's more than a collectin of atoms arranged into molecules.  There's beauty and art, a majesty that defies description, and yet begs every artist's eye to attempt the feat.  There's peace and poetry, and the muse we search so elusively to find.  They say the devil's in the details, but I disagree.  It's in the details that we truly find God.

As readers of this blog know, my biggest passions are writing and theatre.  I've been involved with stage theatre since I was a young child, and consider theatre to be my home.  Two weeks ago, during a series of interviews (which can be found here: christophermannino.com/about-the-author.html ) I was reminded that my writing process is more disjointed than some writers'.  Because I only write part-time, I don't have the time to sit down and develop a full story from start to end without pausing.  I now realize that my success as a writer is due in large part to my background as an actor.  I recommend anyone who writes, especially if they work another job, should try out for a play.  For those worried about performing, try community theatre- no prior experience needed, and no pressure.  Here's how theatre can help your writing:

1.   Theatre in a non-linear process
If you don't have time to write a book from start to stop, you're not alone.  Part-time writers need to be able to write their story whenever they get a chance- picking up the story wherever they left off.  My advice: become an actor in a play.  The more shows you're in, the more you'll get used to thinking non-linearly.  Even if a play takes place in chronological order, you never practice a show like that.  You'll pick up in the middle, work one scene, then start a different scene.  You need to be able to keep the chronology of a play in mind when starting in the middle.  Eventually this skill becomes second-nature, and will allow you to pick up a draft in the middle with no trouble at all.

2. Theatre builds dialogue skills
Have trouble writing believable dialogue?  Plays and musicals are nothing BUT dialogue.  You get used to language in a new way, by not just speaking it, but practicing speaking in different ways.  This builds skill at writing and using dialogue effectively in any setting.  Trying to incorporate appropriate methods of speaking into your characters voices can be very helpful.

3. Theatre builds confidence
A number of authors at Muse It Up have mentioned feeling hesitant about in-person events.  The image of a reclusive writer, afraid of the world, is perhaps overblown, but to be fair- writing is an insular process.  What better remedy to isolation than jumping onstage in front of strangers.  Sound terrifying?  In a way, it's not you up there at all.  Drama provides a "mask" - in that it's your character onstage, not you at all.  If I was aked to read a script onstage I feel fine, but if I was aksed to tell my own story I might get nervous.  I reach into myself, and draw on that "mask" - becoming the character of myself.  It alleviates any nerves I might feel.

For all those reasons, plus the pure fun of it, give yourself something new to try- and go audition for a play.  Here's my school's website- to give an example of what I do with my drama kids: http://itshotaspancakes007.wix.com/rooseveltdrama

Finally, if you haven't entered yet- the contest is on!  Entries have started coming in, some silly, some amazing.  Can you name a Dragon? 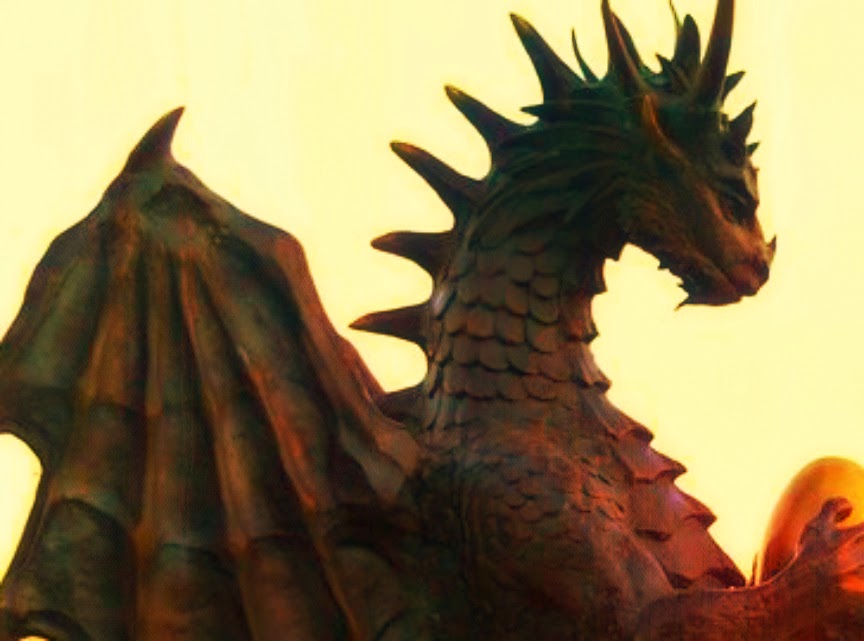 Enter a suggested name and you might see your Dragon in print!
Details: http://www.christophermannino.com/events-and-contests.html
Posted by Unknown at 10:25 AM 5 comments:

I'm interrupting my weekly blog to mention how overwhelmed I feel at the moment.  18 days from today is my wedding.

Many couples in literature/fiction get married.  One of my favorite couples is Robin Hood and Marian.

Who are some of your favorites couples?

Planning to purchase School of Deaths on Kindle?  Planning to buy anything from Amazon, ever?

If you're like most people I know you've used Amazon to purchase something.  They're the largest online store, and one of the largest international megacorporations around.


If you plan to purchase on Amazon, consider purchasing from its mirror site AmazonSmile instead.  It is the exact same site, with every product listed at the same price, but Amazon sends .05 percent of your costs to a charity you designate.  Half a percent might seem like nothing, and it's certainly not an alternative toward donating directly to charity, but still, imagine if everyone who purchsed from Amazon did so through Smile?  Half of an Amazon profit percentage is a high number, if enough people do it, just imagine...

Also, today I have another interview- this time with author Sara-Jayne Townsend:  http://sayssara.wordpress.com/2014/05/05/mondays-friend-christopher-mannino/
Posted by Unknown at 11:02 AM 4 comments:


School of Deaths is NOW AVAILABLE!

I've also been interviewed SIX times this past week by authors/bloggers around the web.  Find links to all six interviews at http://www.christophermannino.com/about-the-author.html
Posted by Unknown at 9:44 AM No comments: