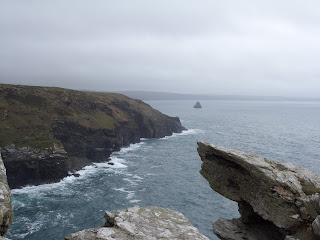 I don't often post about political issues, but the USA is overwhelmingly plagued by an issue we cannot escape. There are more guns per person in the United States than any other nation, and guns here now outnumber humans. (Source, Washington Post)  270 million firearms are owned by civilians with only 897000 owned by police. (Source, DoSomething.org).

Every day I go to work in a danger zone, since I work in a public school.  Mass shootings are so commonplace most only last a day in the news cycle. I have had serious conversations with my wife, about whether we feel safe starting a family in a country overrun wth gun issues, and one in which no gun legislation seems possible. If the Founding Fathers saw the country today, I think they'd be sick.

A look at the future:

Imagine a nation where all children report to school with guns. The Gun Lobby successfully convinced the nation that the only way to protect schools was to arm every individual in the schools, including teachers, students, and administrators. Each class begins by making sure the safety's are all on. In elementary school, children are allowed to leave their handguns in cubbies during recess or lunch. The one kid who comes to school without a gun is bullied and harrassed, leaving in tears.

Imagine a world where no one leaves their houses unless necessary. Where someone's considered lucky to live past age 40. A world where whenever you don't like something, you pull out a gun and blow them away.

Imagine a USA so stagnant and full of strife, that we've become the laughingstock of every nation. Thousands flee the country, looking for peaceful paces to live.

Imagine every school day beginning with the words:

I pledge allegiance to the guns,
Of the United States of America,
And to the Republic they helped to forge,
One nation, with no God,
With weaponry and ammo for all. 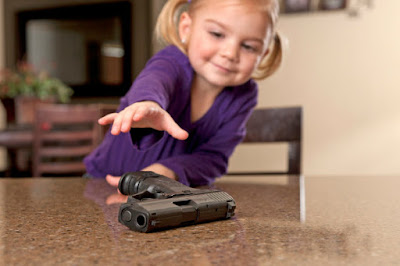 This may sound like an idle speculation, yet the statistics show we're moving in that direction already. We're a lot closer than you might realize.

This is Gun Nation.