I did not have time this week to post an entry, because I completely redesigned my author website.  Please visit it, and be sure to check back regularly for exciting exclusive content.  www.ChristopherMannino.com

Posted by Unknown at 2:44 PM No comments:

Email ThisBlogThis!Share to TwitterShare to FacebookShare to Pinterest
Labels: ChristopherMannino.com

I pause my writer's blogs to discuss an annual event that helps inspire and rejuvenate me.  For the third consecutive year, I attended "Winter Escape"- a retreat for people my age in Unitarian communities across the metropolitan DC area.  This year, 30 young adults visited Gifford Pinchot state park in central Pennsylvania.  We stayed in cabins on a frozen lake and enjoyed workshops and fellowship.

From the moment we arrived, the park was inspiring.  In Washington, it is difficult to see many stars because of light pollution, yet as we pulled into the park the sky was lit by thousands of shining pearls.  On our second day, I drove Rachel and three of our friends to Indian Echo Caverns.  This was also inspiring.  School of Deaths takes place in a world where most of the terrain is described as canyons and earthen features.  What better place for inspiration than a limestone cave? 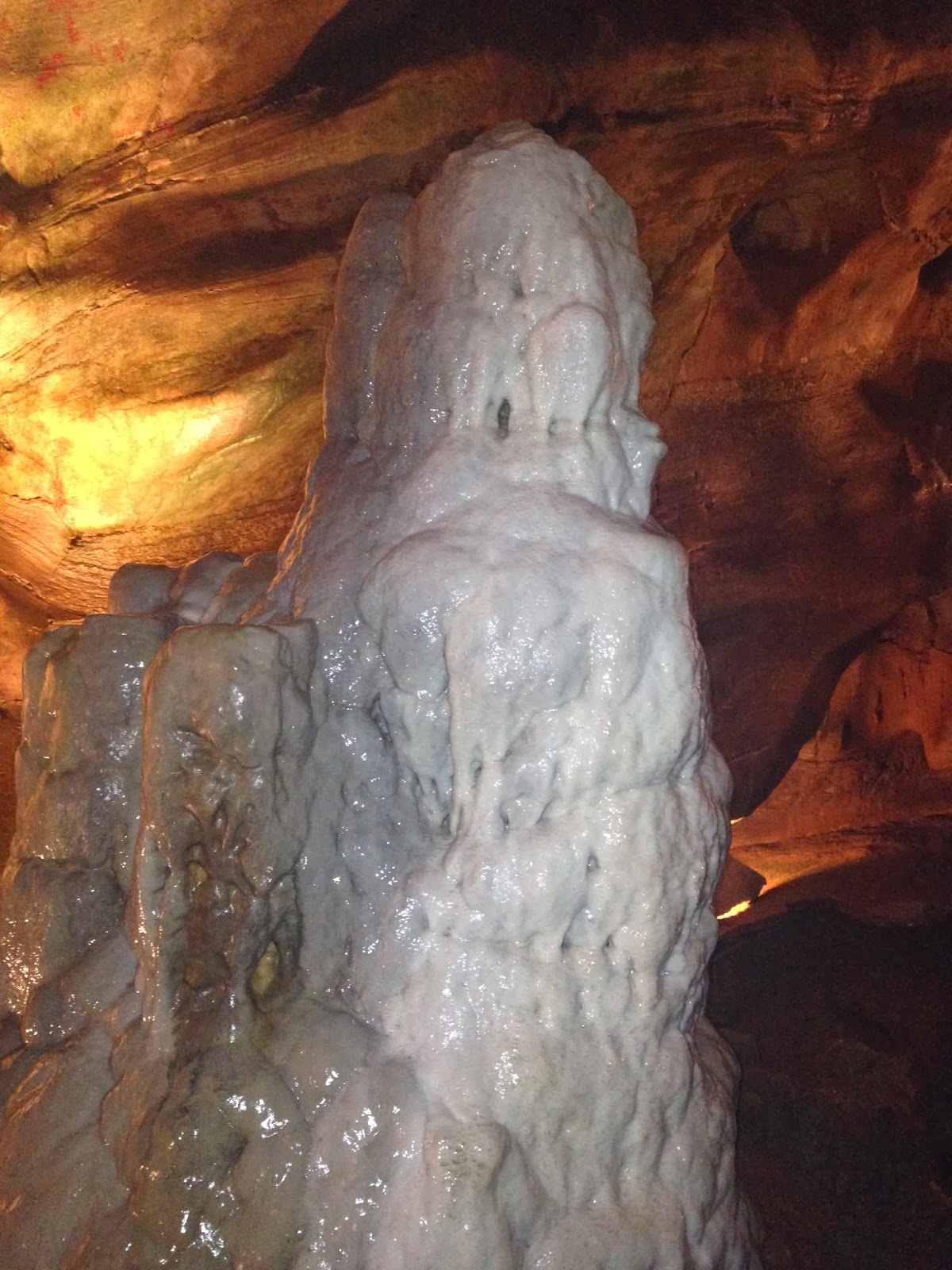 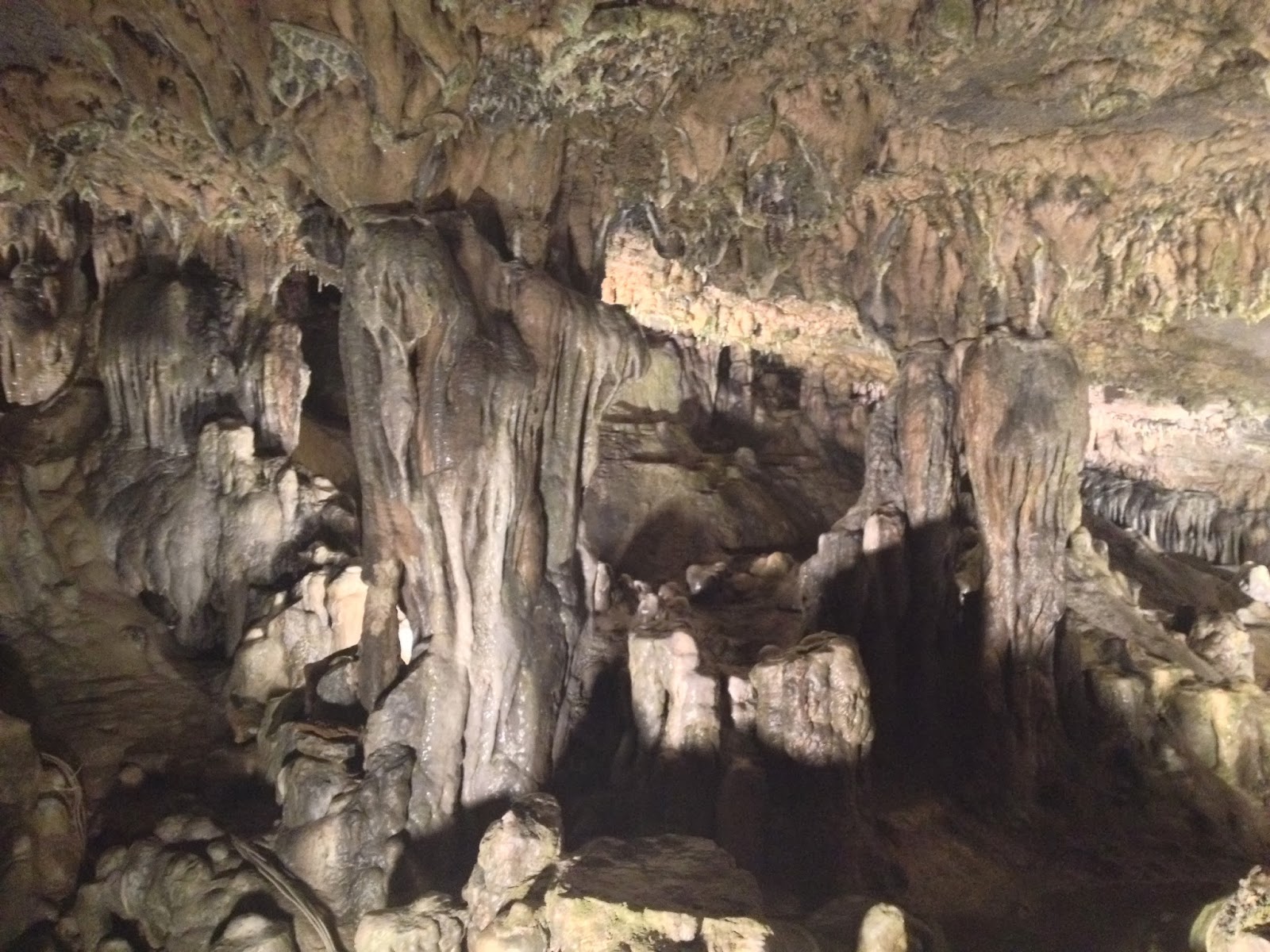 Like all Winter Escapes, our time was short.  This was a three day weekend (although my time off from school was extended by Winter Storm Janus).  One of the biggest highlights of the trip for me was a four-mile hike most of the group took around the lake.  I and several other adventurous souls even ventured onto the mostly-frozen surface of the water itself (no, I didn't fall in).  Walking through forests around a snow covered lake at sunset was the perfect way to forget the daily frustrations and stresses of teaching, and to focus on myself and the world of my writing. 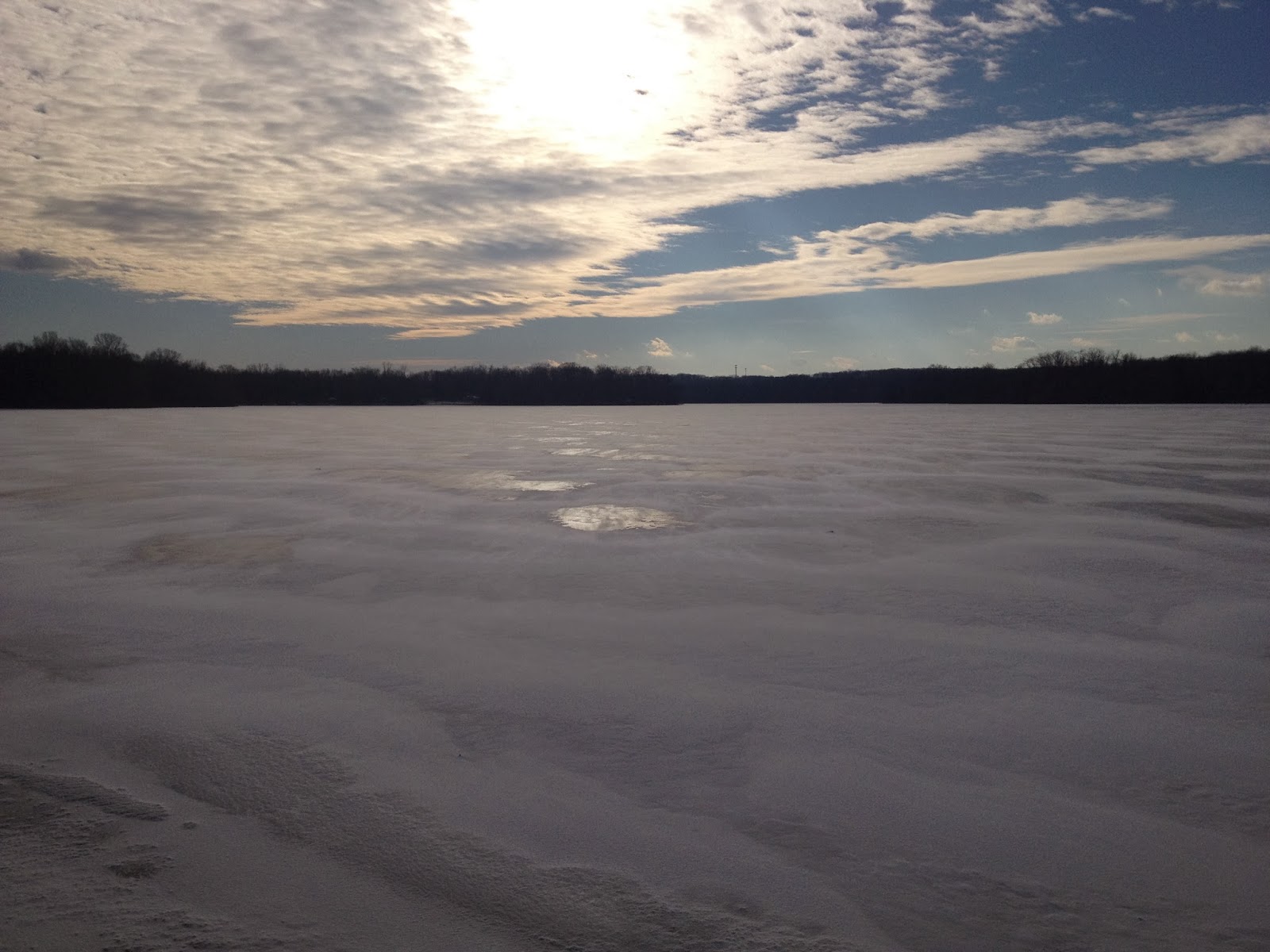 Returning from Winter Escape, having made new friends, fed a goat for the first time, taken salsa dancing lessons (and successfully learned to dip Rachel), and having had a blast all around, I felt rejuvenated.  This is a part of the winter I look forward to each and every year...

Posted by Unknown at 5:09 PM No comments:

All the Muse it Up authors were given the chance to post directly on MIU's blog page about reflections and resolutions for the year.  Check out my blog post here: Reflections and Resolutions

I will be back for new Poet's Fire posts next week!
Posted by Unknown at 7:15 PM No comments:

As mentioned in my last post, I am joining a blog hop from KC Sprayberry.

This blog hop focuses on the writing process.  I will post the questions, and then my answers, here.

My focus right now is on two things.  First, I am editing my first novel "School of Deaths," which will be released by Muse It Up Publishing later this year.  When I first signed my contract with MIU I was thrilled, and honestly believed my work was mostly over until the book release.  I have two editors assigned to me (a content editor and a line editor) as part of the process, and thought they'd be doing all the work.  I did not realize that editing was such a difficult and time-consuming process.  I spent most of my Winter Break working on my very first round of edits.  While my editor finds things for me to work on, I am the one who needs to make most of the changes.  I found the work extremely tedious, and it took my focus away from any creative writing (new work) I wanted to focus on, yet it is an important element in the publishing of my novel.

My other focus is to continue the story of "School of Deaths."  I am currently working on a sequel, called "Sword of Deaths".  Here too, mixed preconceptions affected my process.  When I finished the manuscript of "School of Deaths," I started submitting it as a stand-alone novel, but knew in my heart that I wanted to write more about the same characters and world.  Their stories weren't quite finished in my mind.  I started "Sword of Deaths" almost immediately, diving back into a world where children are forced to train as Grim Reapers.

Yet, as the (also tedious) process of querying began, I realized there was a good chance that my novel would not get picked up.  Early in writing "Sword of Deaths" (the sequel) I became disillusioned.  Why was I bothering with a sequel, when my first novel would probably sit in an unused part of my computer, collecting digital dust.  With that thought in mind, I started two other books. At first I started writing an adult historical fiction novel, and then simultaneously began an adult Science Fiction novel.  Now that "School of Deaths" is being released, I have returned my attention to its sequel, and will return to the other two after the series is complete.

2) How does my work differ from others of its genre?

I began "School of Deaths" while living in Oxford.  Many of my favorite authors, including J.R.R. Tolkien, C.S. Lewis, and Philip Pullman had all written from there.  Surrounded by beautiful Gothic buildings, many of which were used in the film versions of the Harry Potter series, it was hard at first not to create another Hogwarts.  Yet, I did not want to copy.  I focused on my own experiences as an American living in a foreign country.  I didn't know anyone, and although I spoke the language (for the most part), I felt alone.  This was my inspiration for Suzie Sarnio, a girl training to become the first female Death.  She is the only girl in a world entirely inhabited by men.  This opened the way to explore both themes of isolation and sexism.

School of Deaths" is a unique blend of ancient imagery (Death and the Grim Reaper) with personal experience.  As a teacher, I also have an excellent insight into the mind of children who are the ages of my characters and my intended audience.  While teaching middle school last year, I asked one of my students who was Suzie's age to read the novel before I submitted it, and I used her feedback to help make Suzie as realistic as possible.

The simple answer to this question is because it's my passion.  My two great loves are for theatre and writing, both of which I pursue professionally.  I write Young Adult fantasy because it was always one of my favorite genres to read.  I work with kids daily, and in many ways their world is my world.  When I was a child, I was lonely, and escaping into fantasy worlds was one way I remained happy.  I'd imagine rich, complex kingdoms filled with mythical creatures.  This imagination continues to inspire my writing today.

In college, I studied religion and mythology (it was my undergraduate minor).  Now, I try to blend imagination, elements of mythology, and personal experience together into my YA novels.  I write to share ideas, but also to encourage the students I work with.  Reading is unfortunately on the decline as an activity kids enjoy.  I really hope to change that, by writing works that they (and their parents) will enjoy.

4) How does my writing process work?


I'd like to claim it's easy.  That I get an idea, sit down, and an hour later, there's a novel ready to read.  Of course, that's far from the truth.  Now that I am a full-time teacher, teaching a massive theatre program (I am almost always the first person to arrive at school and the last to leave), I struggle to make the time I need.  It is an uphill journey, not unlike my trip up Glastonbury Tor two years ago.  "School of Deaths" took just over a year from conception to finished draft.  Once I have an idea (girl trains to be female Death), I then sketch out a very brief outline- usually no more than a few pages, which states some of the major events I want to happen.  I also may mention some important characters.

By this point, the book exists more in my mind, like a movie trailer.  I have certain scenes that start to come life in my imagination, which may or may not end up in the actual manuscript.  I then start at the beginning and just write.  While in Oxford, I had enough free time to set word goals.  My first goal was to write 2000 words a week.  Now I use goals in the summer months, but not during the school year.  When writing the first draft I do not proofread as I go.  I don't stop for corrections, and try not to reread anything I've written.  It took me about six months to hammer out the first draft.  I then let it sit, without looking at my work for a month, before going back and reading the entire manuscript.  I write a second draft methodically, correcting from beginning to end.   The third draft is more sporadic, reading, correcting, and jumping around a lot.  By the third draft, I'd changed where the book actually starts, deleted a character for simplicity, and made sure the entire novel worked.  I then showed it to Rachel, another friend, and an online review group (of strangers).  I used their comments to change the book a final time, and then showed it to my student (mentioned above) before submitting to publishers.  Now, I've entered a new phase of editing, and am also thinking about the final stage in a novel: marketing.

Check out these authors, continuing the Blog Hop (their posts go up next week):

bio: Born and raised in Manhattan, I have lived in the Boston area since just after the blizzard of 1978, thus missing the opportunity to abandon my car in a snowbank and walk home. I am the daughter of a painter and the mother of three grown sons. An avid science fiction fan, I selected Robert A. Heinlein's "Farmer in the Sky" for my tenth birthday, now long past. I live outside of Boston with my partner and a large number of dogs. I am the author of three published science fiction novels and two books of poetry.

Bio: Born and bred in New Jersey, Elle Druskin is the original Jersey Girl. Jersey might be just a quick hop over the Hudson River to New York but there’s something different about Jersey people. Could be the toxic fumes. Or the Jersey Shore. Or a Jersey claim to fame as The Diner State. Whatever it is, there’s something different about the place.  Having traveled the world and lived in Australia and Israel, Elle still says there’s no place like Jersey. Her Liberty Heights series is a love letter to growing up in the Garden State where life is a little—okay—more than a little—offbeat.

Bio: Sara Jayne Townsend is a UK-based writer of crime and horror fiction.  Her stories invariably feature someone suffering a horrible death.  She lives near London with her guitarist husband and two cats.  The latest book in her series about amateur sleuth and Canadian actress Shara Summers is being published by MuseItUp Publishing in late 2014.  Learn more about Sara and her writing at http://sarajaynetownsend.weebly.com
Posted by Unknown at 12:23 PM 7 comments: