Can a timid girl find bravery as the first female Death? 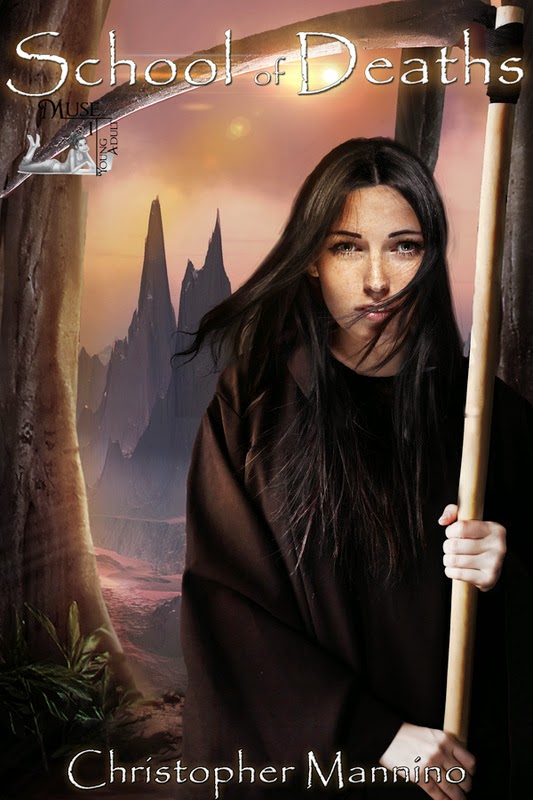 Thirteen-year-old Suzie Sarnio always believed the Grim Reaper was a fairy tale image of a skeleton with a scythe.  Now, forced to enter the College of Deaths, she finds herself training to bring souls from the Living World to the Hereafter.  The task is demanding enough, but as the only female in the all-male College, she quickly becomes a target.  Attacked by both classmates and strangers, Suzie is alone in a world where even her teachers want her to fail.
Caught in the middle of a plot to overthrow the World of Deaths, Suzie must uncover the reason she’s been brought there: the first female Death in a million years.

Excerpt © 2014 by Christopher Mannino and Muse It Up Publishing.  May not be duplicated without permission.